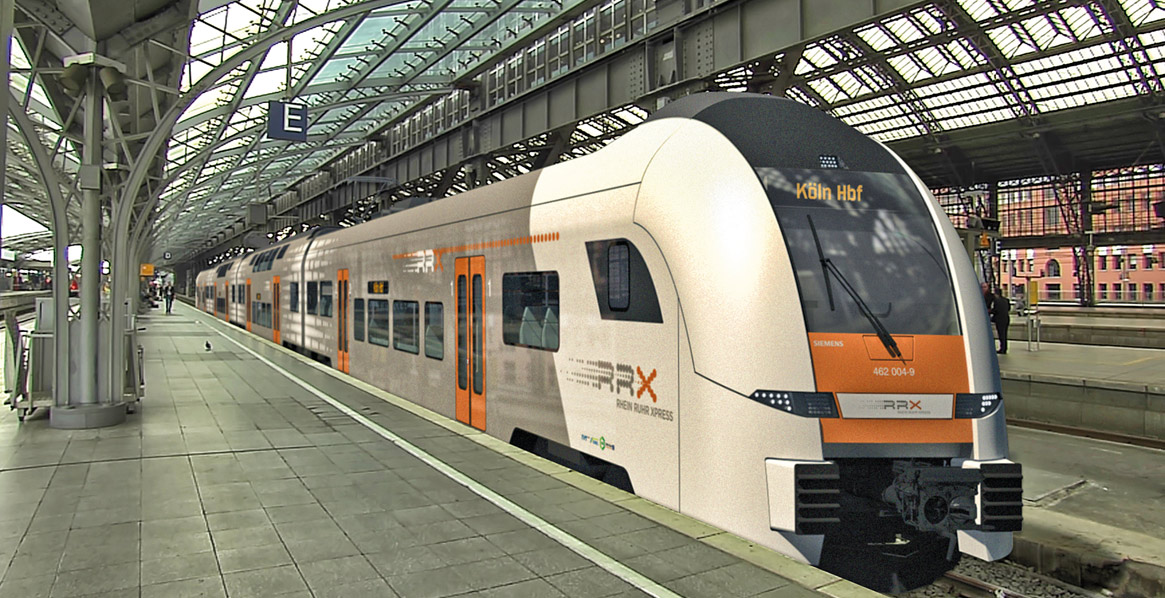 Time relays to control windscreen wipers on board

As of 2018 the Rhein-Ruhr-Express (RRX) will be crossing one of the largest built-up areas in Europe. This will offer easier mobility to almost ten million people living in the region. On board each RRX train from SIEMENS are three time relays from Lütze Transportation GmbH to control the windscreen wipers on board. To ensure that the train drivers always have a clear vision when moving through the urban landscape at speeds of up to 160 kilometres an hour.

We initially received an enquiry from the FBO Group, one of the largest suppliers in the rail industry. This French company also produces windscreen wipers for both high-speed and super high-speed trains. Initially a small control unit was planned to control the wipers in the electrical trains of the type Desiro HC. However, this would have been problematic for the customer: a failure would have brought the entire windscreen wiper system to a standstill. Also, the selected product was not suitable for use in rail vehicles because it did not comply with the latest fire protection requirements for rail vehicles. The small control unit was also more expensive than the other feasible solutions.

Therefore, FBO decided to use ZR time relays with mechanical contacts, supplied by LÜTZE TRANSPORTATION. There were, however, still two unanswered questions: would a time relay in this application satisfy the specified precision of the time function? Also: Can higher availability specifications be reached? The final concept alowed the wiper motor to be activated through pneumatic electrical valves - i.e. inductive loads that need to be switched. 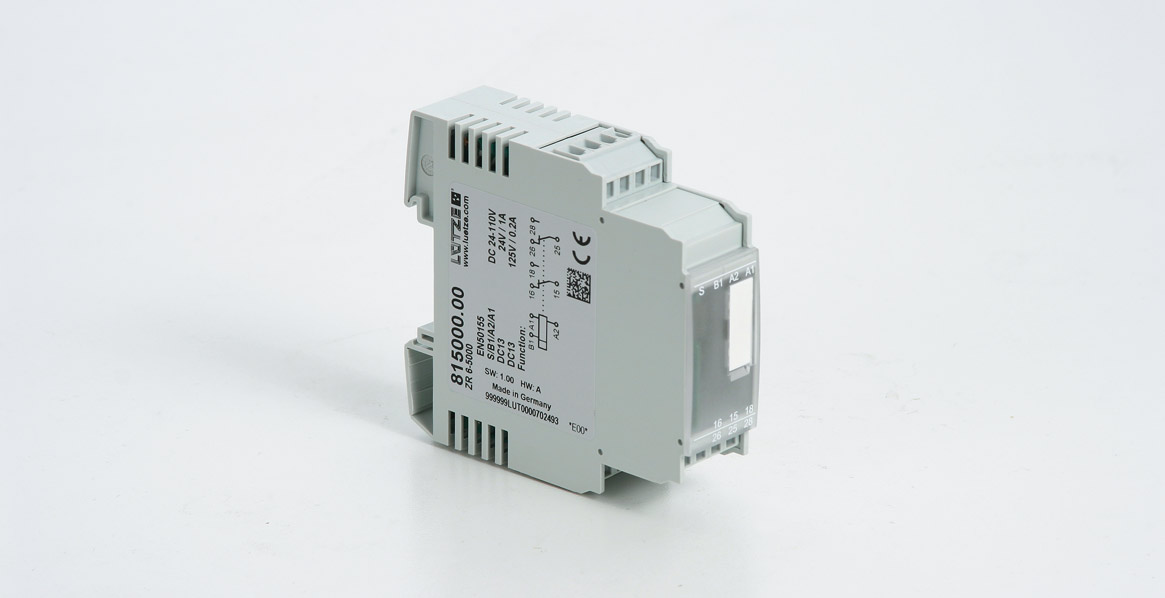 Idea number one: instead of one single control unit, it is better to have three ZR multifunctional time relays DC 110 V. Each relay is configured with its own time function. The three relay outputs are each connected to an electrical valve to control, one of the three wiper speeds. The three wiper speeds are achieved via a time delay programmed separately for each relay. This solution also rules out the possibility of a Common Mode Failure because if a relay fails, the two other wiper cycles still function. In the original system with a small control unit, a fault would bring the entire windscreen wiper system to a halt and the train driver's vision would be impaired.

This is an electropneumatic valve that controls the windscreen wiper via an inductive load. If relays with mechanical contacts are used, a reduced service life must be expected due to a high level of wear on the contacts. Therefore, Lütze Transportation GmbH came up with a second idea, ZR relays with semiconductor outputs. These switch without any wear, which is why the expected number of operating cycles is much higher.

Reliability is an important factor for the customer FBO, they want to ensure that their products operate for a long time. Even if the train driver has never heard of MTBF values or Common Mode Failure, they simply want to press a button to have a clear vision; 12 to 14 operating hours a day, on around 300 days a year.

Collaborative tests carried out by the engineers at FBO and LÜTZE TRANSPORTATION have confirmed that semiconductor outputs satisfy the specified function and reliability. A high level of availability is hugely important for this function and outweighs the cost benefits of mechanical contacts.

The ZR time relay can be configured on any standard PC using the free software 'LÜTZE Time Relay Configurator'. The time, operating and diagnosis functions can be reconfigured easily when the relay is commissioned or after changes. Upon the customer's request, Lütze Transportation GmbH can also supply the time relay with specific criteria.

There was another feature of the ZR relay that FBO did not need, the configurable digital diagnosis output with an optical display. This may be a very helpful fuction in certain cases.

Project of the century in the Rhine-Ruhr region

The solution for the windscreen wipers of the SIEMENS RRX trains was developed in successful cooperation with the FBO development department. The company not only produces windscreen wipers and washers, but also various valve types and fittings for all reputed rail vehicle manufacturers. At of the end of 2018, the RRX rail traffic concept plans to ensure that the first of 82 trains will be moving quickly and comfortably on the tracks, in 15 minute cycles at peak times. The targeted expansion of the rail network could help to shift 31.000 travellers from the road onto the rails every working day. LÜTZE is thrilled to play a role in this environmentally-friendly project for the Rhine and Ruhr region. In line with the LÜTZE sustainability initiative SkyBLUE.

The multifunctional time relay for FBO at a glance

Activation of the windscreen wipers in RRX trains